Retail Sales Report and Its Impact on Forex Trading 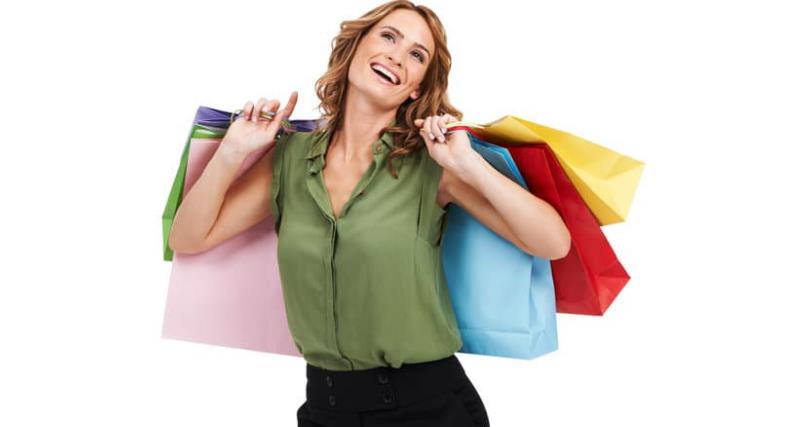 In this article you will learn how the announcement of this fundamental indicator impacts the Forex and the stock markets. This important gauge is the retail sales report, a data collected for each economy about the state of internal consuming and that reflects a country's overall economy.

The retail sales data reports also has a very important impact, and repercussions, on the financial markets, and specifically with the Forex market. We will explain how to read this data, how to relate it to other economic indicators and how to operate in relation to both expectations and actual data.

What is the Retail Sales Report?

Let’s find out first of all what are the procedures that lead to the realization of this data. The retail sales report refers to the data that indicates the trend of sales to consumers for a specific country.

It is therefore a very important data on the health of a given country and economic zone, because it is able to summarize in a very synthetic way a mix between the economic availability of consumers, propensity to purchase and expectations on the future.

As we will also see later in our article, retail sales are relatively complex to read. In fact, it cannot be said unequivocally that an increase in this data is always positive for the value of a currency, nor that a momentary drop must be a sign of crisis.

There are several issues concerning retail sales, an indicator that is also an important measuring tool for central banks, who follow this data very closely and react with their monetary and interest rate policies.

What do Retail Sales Reports Reveal?

Retail sales, as mentioned above, are able to indicate different economic trends for a nation or for a common economic zone, in the case of the Eurozone. The key points revealed by the report are:

To note that in this specific circumstance is that the retail sales report is also related to other economic indicators. To give an example that indicates the complexity of the subject, consider what would happen if there was an increase in retail sales, but without a corresponding increase in the industrial production and services of a country?

In this example, the only way to satisfy internal demand would be to resort to a greater import quote, which would bring important changes in the trade balance sheet of that economy, and possibly higher consumer prices and subsequently less sales and a lower retail sales figure on the next report release.

What Happens on the Forex Market When Retail Sales Go Up?

Curiously, the Forex market is the financial market most affected by positive changes in the retail sales report. This is because generally a modest or controlled increase in sales means a higher level of consumer spending and a healthier economy.

When the increase in retail sales is therefore controlled, and not excessive, generally the reference currency appreciates and therefore increases in relative value against other currencies.

The opposite is true when retail sales increase much more rapidly than the production of local goods and services.

In that case, consumer demand can only be met with more imports, which according to the trade balance rules, results in a depreciation of the reference currency.

What Happens on the Forex Market When Retail Sales Go Down?

On the other hand, when retail sales drop, markets generally take the hit, starting with the Forex market. A lower level of consumer spending is generally bad news for an economy and can trigger snowball effects that can have a major impact on the economy.

In this case the reaction of the financial markets is almost always unequivocal: values linked to the local currency fall and even domestic stocks end up taking the hit.

Yes, they are. They are one of the main fundamental economic indicators and we want you to understand that this kind of data has impacts, especially when it concerns the major economies of the world, that can go beyond national borders.

Specifically, a sharp rise, or fall, on retail sales is taken very seriously by professional Forex traders and investment companies, as a clear indication of a possible future rise or decline of a reference currency. The most important retail sales reports considered by traders and top investment firms are the releases from the world economies, such as the United States, United Kingdom, China, Japan and the G8 countries.

A word of advice here, is to use our excellent and always updated economic calendar and start following this kind of news, one of the most important releases that can indicate the health of an economy and future currency price movements.

Besides the FX market, the stock market is also, generally, affected by the retail sales data, in the same way as Forex is. However, it is worth remembering that ripple effects on the financial markets are not uncommon, and that sometimes and under particular conditions, a small drop can unleash an avalanche.

Consider also that the immediate trading hours following the release of the retail sales report are particularly highly volatile. Especially when the actual figure is in very strong disagreement (more or less) with the forecasts by economists.

To be successful in a highly volatile financial market like Forex, traders need all weapons to help them fight and win. It is true that practising the trading skills is important.

But it is equally true that studying such important fundamental factors affecting the markets, can help traders understand the dynamics and prevent them of getting into bad trades.

Watch out for the data, especially for less stable economies due to geo-political factors or other releases such as unemployment rates and GDP and CPI announcements.

Data of this kind is usually released by national statistical agencies. These bodies are considered reliable in more economically developed countries, but for some developing economies they may be under more than a little political pressure.

Following the news and analysis coming from specialized sites, such as Reuters or Bloomberg, can certainly help traders put into perspective all kinds of data coming from the economic calendar.