The Realm of Electronic Forex Trading and Its Advantages 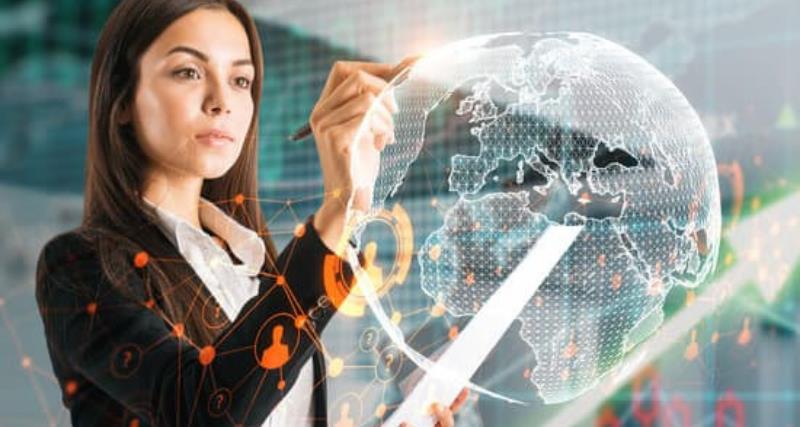 Electronic Forex trading is an online gateway to trade currencies through a broker or via a currency exchange. Electronic trading has multiple advantages, such as and above all, allowing the access to the markets by private, or retail traders.

It also reduces the overall trading costs and guarantees that the Forex market can operate and be traded globally 24/5 around-the-clock without interruption.

Just how important are these super-fast and electronic currency trading systems to the Forex market? Before answering that question, let us first determine how large the global Forex trading market is. From here, we will know exactly how the electronic trading systems are key on the FX market.

It is true that the Forex market is the largest and most liquid market around the world. Liquid in terms of average daily turnover, and largest by the number of participants, from small retail investors to big players. Here’s how the market participants “iceberg” could look like:

Commercial banks - Banks are not just for saving money and lending capital to entrepreneurs, but they are one of the major players in the Forex market. Banks cater both to large quantity of speculative trading and daily commercial turnover.

Well-established banks can trade billions of dollars’ worth of foreign currencies every single day. Some of the trades are undertaken on behalf of their clients, but most are through proprietary desks.

With the astonishing evolution of technology and internet speed connections, most banks trade between themselves on high-frequency, zero latency automated trading systems buying and selling currencies in a matter of milliseconds.

Unlike most traders, waiting for a trend to establish and aiming to make a few hundred pips profit, banks trade large volumes between themselves with 1 or 1 pips profit. It might seem too little as a profit, but multiplying 1 pip profit by a daily volume of a few billion dollars, well, it’s a lot of profit.

Central banks - Central banks play an important role in the Forex market. They have the full power to control the supply of a single currency in the markets, with a direct impact on the value of a currency against its peers, inflation and interest rates.

In addition, they have also official target rates for the currency they control as a mechanism to lower inflation or to increase stimulus on the economy. Central banks are responsible for stabilizing the Forex market through the use of foreign exchange reserves. Their intervention in the market is enough to stabilize a certain currency.

Global commercial companies - These companies trade smaller lots of foreign currencies, compared to larger banks and their trades produce small and short-term impact on the market rates. However, the trade flows from these global companies’ transactions are essential factors with regards to the long-term direction of the exchange rate of a certain currency.

In the Forex market alone, there are already three major players partaking on the $2 trillion worth of daily turnover. With such a large number of Forex players, there is really a need in switching from manual to an electronic Forex trading system.

Among the retail investors, the electronic Forex trading is of great advantage to the smaller players. Since retail traders focus on the price fluctuations of the various foreign currencies pairs in order to profit, the real time data analysis will help them determine trades that will give advantage to them.

The creation of an electronic Forex trading system gave access to the masses to participate in this exciting market. What was once the realm of big banks, corporations and financial companies, is now populated by all sorts of traders from around the world, and from different backgrounds.

What is an ECN (Electronic Communications Network)

There is one main type of electronic Forex trading system, the ECN network. The ECN (Electronic Communications Network) is an electronic and digital system used in Forex trading matching sellers and buyers operating in the financial markets and trading securities.

Most traders nowadays consider trading only with an ECN broker, especially because ECN cancels the figure of the “middlemen” when trading securities, connecting brokerage firms with individual traders directly. Trading happens on an electronic system and outside the traditional marketplace, allowing traders to get better pricing and lower transaction costs, as the FX quotes carry lower bid and ask spreads.

ECNs are also the main reason behind the famous quote that “Forex is a 24-hour market”. Unlike the main currency exchange hubs in Asia, Europe and North America that have market hours, on the ECN network trading continues even after the closing of those sessions.

The ECN system also allows for faster order filling times, with instant order execution, due to the huge liquidity of the immense ECN network.

Electronic ECN Forex trading networks are celebrated for leading the way in a new era of trading, open to all types of investors. Not only did the implementation of the ECN system resulted in a more transparent market, but by eliminating the need for intermediaries, it resulted on a more cost-effective trading environment for retail traders with lower transaction costs.