The Effects of the US Economic Indicators in Forex Trading 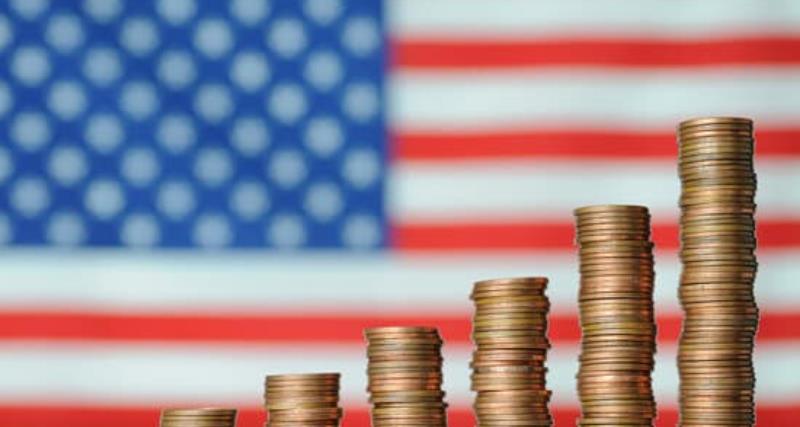 Learn in this article about the main US economic reports and indicators including interest rates, inflation, employment and how they affect the Forex market.

It is important to point out that since 90% of all currency trades are pitted against the U.S. dollar, currency movements, in general, are naturally most sensitive to U.S. economic releases. Many technical traders argue that long-term fundamentals are already represented in price action, but even the most ardent chart reader has witnessed the considerable short-term impact of fundamental releases.

Kathy Lien, in an article entitled “What moves the Currency Markets in the Short Term,” conducts her own study of the EUR/USD range following economic releases for 2004 (table copied below):

Based on her study, Kathy concluded the that the most significant movements in the dollar (against the euro) occurred in the first 20 minutes following an economic release, and that nonfarm payrolls is the most important news release. Towards the end of the article, she indicates that the knowledge of the magnitude and duration of moves following news releases can help traders properly weigh their positions, depending on their trading style.

Breakout traders, for instance, can increase their positions prior data that carries the largest average range, such as the Non-farm Payroll (NFP) event, particularly if the market had been consolidating. Range traders, in contrast, should stand on the sidelines on that particular day and wait for prices to settle. They would be more keen to trade off the GDP release because of its relatively smaller move, a third the pip size to move following the NFP event, and because its 20-minute reaction ranking is higher than its daily ranking.

Knowing the magnitude and duration is helpful, but deciphering the significance of the data quickly enough as it pertains to the direction of the move before the market has already shot beyond your reach, is still a tricky conundrum. Your brain and hand have to digest and react to the news in microseconds. A young, alert person with a sharp mind and fast reflexes can enter a trade within a second or two. But the market probably shot up within the first second after the release, causing that fast trader to lose out on a good percent of the move.

Ideally, you would have had your strategy regarding the news event pre-programmed within an EA, so that if the NFP actual number is 0.2 greater / less than forecast, you would go long or short the US Dollar. This news scalper EA would trump the human in reaction time, perhaps entering into the trade within the microseconds needed. However, even if you could program the best news scalper EA, it might only work on a demo account where you can expect immediate execution. Since 2007, most brokers have added a bit of execution delay (1-10 seconds) on any orders following a news event, causing severe slippage to most real accounts.

Another point in her article, Kathy introduces an important caveat that the significance of economic data releases changes with time. She cites a research paper dated 1992 that indicates that Trade Balance was the number one market-moving U.S release on a 20-minute basis, while Non-Farm Payrolls (and unemployment data) was third.

Then, in 1999, unemployment took the top place while trade balance fell to fourth, and by 2004 trade balance and inflation reports switched places, with trade balance coming in third place. She provides a table to show the musical chairs taking place amongst the US Economic indicators over time, and below you can find a reformatted table to take into account her 2004 findings (rankings based on reaction minutes after data release):

Thus, indicators rarely keep their level of influence over a currency, and it is common to see major shifts in the top ranking from year to year.

Since Kathy wrote her article, other economic shifts have taken place, with perhaps the greatest ones being the shift in the importance of housing stats. With the popping of the housing bubble and its dramatic contraction, new US economic indicators like existing home sales have begun to crowd out top releases from previous years.

To date, no one has updated Kathy’s research to reflect the current environment. Many of the top reports retained their current spot, but that housing data would have been pushing its way up. If we were to create a table of more current top economic reports for the US Dollar, presumably it would look like this.

All the above economic indicators are important gauges for the strength of the US Dollar, and though their relative importance will shift with the changing economic landscape, it is a good idea to treat all of them seriously. I would guess that Non-farm payrolls keeps its 10-year top spot because it is the most powerful gauge of the US economy.

As the US economy slowed in 2007-2010, the stability of the labor market was closely watched by all traders because of its implications for the entire economy. As a leading indicator for the consumer sector (for confidence and spending), business health (with investment in labor) and interest rates (through spending and inflation), the payroll number can be viewed as a relatively objective gauge of the general health of the economy. T

rade balance has moved back into the top five slot because when the GDP cannot be helped by consumer spending or government spending, then all that is left is the balance of trade.

The ability of these indicators to generate follow through suggests they have a lasting influence on the US dollar and are not just open to a quick adjustment to account for fundamental surprises. For instance, trade balance and ISM manufacturing reports (though they might not account for the quick moves on the daily and 20-minute charts) do have a lasting impact on the dollar.

Another interesting observation is the ISM service’s (non-manufacturing) presence within the top five. It has entered into the higher ranks due to fears of a US recession. Such concerns could keep this indicator near the top spot. Finally, the personal spending indicator unexpected rise is because it is tied in to the health of the broader economy, and it comes on the same day as the ISM factory release.

The market is highly sensitive to surprise releases from many of the more fundamentally crucial economic releases. What’s more, the cooler response to scheduled indicators over the longer term will not last. Interest in fundamentals historically goes through peaks and troughs depending on the presence of exogenous event risk. As risk in credit and other markets tempers, market participants will be more willing to take on speculative risk and respond to the ever-evolving fundamental docket.

To give you a better idea of the indicators themselves, their level of relevance, what they mean, source, release time, refer to the table below.