How to Analyze the COT Report Data in Forex 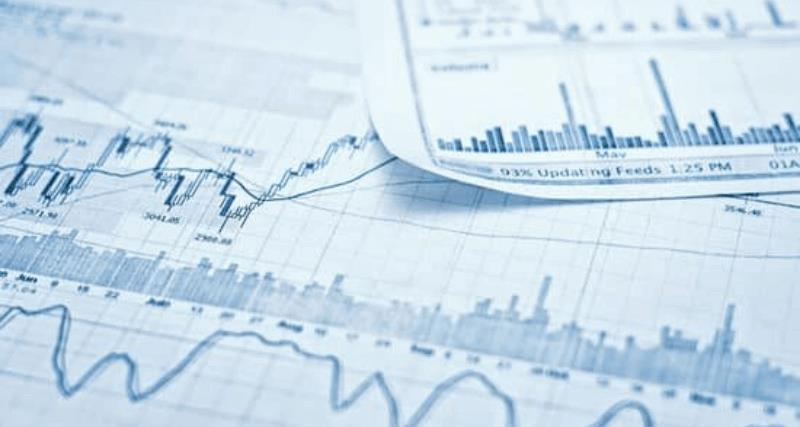 As there is no volume data available in spot forex trading because there is no centralized exchange to gather data. Professional traders have instead used the Commitment of Traders Report (COT) as a substitute for estimating forex trade positioning and price trends.

In this article you can learn how to analyze the COT data, a weekly released report with a breakdown of aggregate positions held by three different types of Forex traders.

COT is a weekly report released every Friday at 3:30 am EST by the CFTC listing current contract commitments (including Currency Futures contracts) for the prior Tuesday. The COT provides a breakdown of aggregate positions held by three different types of traders: “commercial traders” (in forex, typically hedgers), “non-commercial traders” (typically, large speculators), and “nonreportable” (typically, small speculators).

The most note-worthy of these three groups is the Non-Commercial traders (which are the large speculators, mainly hedge funds and banks trading currency futures for speculation purposes) and their net long or short positions. One can follow these guys to gauge trend strength, as they are often trend followers, and at the same time one has to be mindful that any extreme in net short or long positions can signal a trend reversal.

When Non-Commercial positions enter into net long or net short EXTREME positions, it is a sign that there could be a potential reversal. Whenever anyone piles up on one side of the market, it is time for the market to change direction. For instance, when the EUR/USD nose-dived from July to September 2008, the net short positions of the non-commercial Euro Futures traders dropped as well, and when these guys started to move into extreme net short territory in September, it was time for the EURUSD to reverse in November, rising from 1.2400 to 1.4700. What is the ideal place or extreme number for take a contrarian stance? This is sometimes difficult to determine for as times change, so too does the extreme levels, so that what was considered an extreme level five years ago might not be extreme today.

It takes a couple steps to extract the information you want from this thing:

Oanda was clever enough to see a need for a more straightforward way of extracting the right information from the COT, as well as plotting it historically, and so they came up with this cool tool: 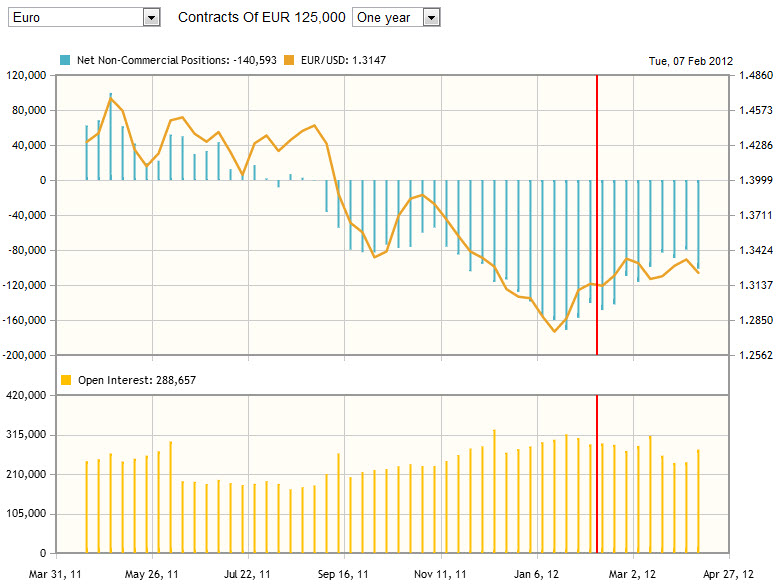 No longer do you have to undergo three steps to dig through a website to pull COT information and perform your calculations for each pair. Nor do you have to spend countless hours to find all historical COT data for each pair. This tool does it all for you. The beauty is that wherever you move the red vertical line on any week you can simultaneously see three useful things lined up together: