What is Put/Call Ratio in Forex Options 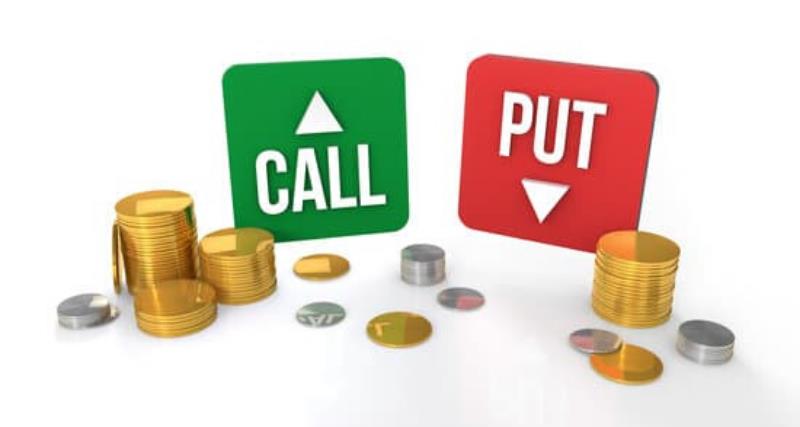 Investors buy calls when they believe a currency is getting stronger and puts when they believe a currency is getting weaker. They often don’t have the money to buy the underlying contract itself and so an option is their next best alternative to speculate. What is interesting is that options traders are generally wrong, as 70-80% of options expire worthlessly, and this poor hit rate is welcome news for the contrarian strategist. But how to calculate Put/Call Ratio (From FX Options)?

One can determine the general trend of the currency pair from using a 50 or 200 period daily moving average; if price is below the moving average it is in a downtrend and if above it is in an uptrend. If the put/call ratio is close to 1, then it can act as a confirmation of the current trend, up or down. Since market sentiment has not reached any extremes, the current trend can move along at a steadier pace. For instance, if you see that the EUR/USD has been moving below the 50-day moving average and thus in a downtrend, and you also see that the put/call of Euro FX is 1, then the market mood is calm enough to plan for a short trade to take advantage of the confirmed downtrend.

Since most option players are usually less capitalized and uninformed, and usually wrong, one can profitably trade the direction opposite of any ratio extreme.

Most commonly the put/call ratio is used in combination with past data to give hints on reversals. For example, if the downtrend market reversed at a ratio of 3 (3 times the number of put options to call options) in the past, many traders expect a bottom at this value in the future. Conversely, when the put/call ratio reaches a low value of 0.5 on an uptrend (2 times the number of calls to puts), the expectation is that the uptrend might falter, giving way to a correction or a reversal.

Remember: there is no magic number that indicates that the market has created a bottom or top, but traders will look for spikes in the ratio or when the ratio reaches levels beyond the normal range.

The indicator can also be used to gauge your leverage and take profit. You can use more aggressive leverage and larger take profits when the put/call ratio is low and the general trend is falling. This means that the uniformed options traders are anticipating a correction from the low and they will be probably wrong. They are trying to catch the falling knife and they will be cut down. You just need to hop on that knife. The trend is your friend and the herd is mostly wrong. You can also be a more aggressive short trader at a suspected market reversal when the ratio has hit an extreme high and the market is also high. The informed options traders will panic at market bottoms, putting in more puts (larger ratio value), or become greedy at market tops, putting in more calls (smaller ratio value). The more extreme or spiky the ratio value the more likely there is bound to be a larger reversal or correction.

Spot forex does not have options, though thankfully its close cousin, the futures currencies, does. The spot and futures prices of currency (not currency pair) tend to move in tandem. For instance, if the put/call ratio is over 3 on Euro FX options, then it represents that the market sentiment of both Euro FX and EUR/USD is extremely bearish and both markets are ripe for a bullish correction. There are two ways to source out this put/call ratio information.

Although, we have already covered this, for your convenience we are adding this text here again so you have all information gathered on one page.

Please note: The Daily Volume and Open Interest Report along with the Bulletin reports released at the end of each trading day (4:15 PM EST) are preliminary reports only. Final reports containing official data are released the following morning.

Each pdf report is a bulky 52 pages packed with volume and open interest stats. You will need to type in “Euro FX Options” in the Find button of your browser or pdf viewer in order to find the specific information related to the currency options. After skipping the European options, you will see a section that looks something like the one below (Jan 6, 2012), though with more currencies listed than in this selective copy.

To get the put/call ratio, you have to look at the open interest information on the right side.

A put/call ratio of 1.154 means that the sentiment is now bearish, though so close to 1 as to suggest that one can still use a continuation strategy of the dominant trend, which is down.

Cons of the Report: