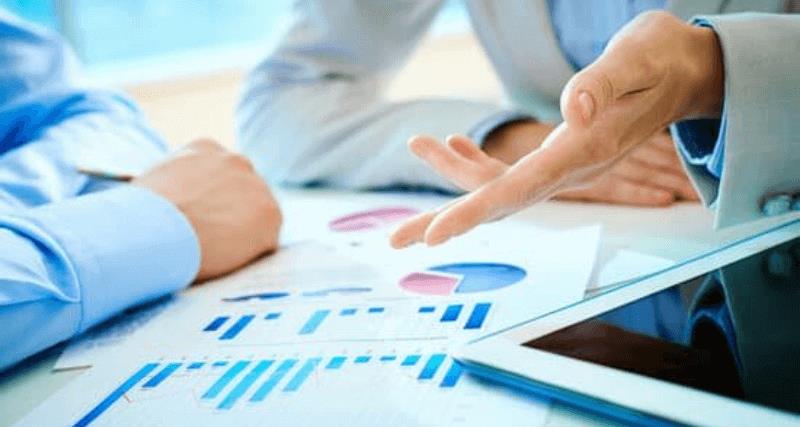 Market sentiment indicators refer to the psychology or emotions of market participants. While every trader struggles with his or her own emotional issues during trading, the mass of traders (the crowd) tend to trade in concert to an emotional pendulum that vacillates between fear and greed.

Learn in this article how to analyze the Forex sentiment indicators and the emotions of market participants; the net amount of optimism or pessimism reflected in any asset's performance.

At times traders act out of fear and pessimism, and at other times they act out of greed, hope, and overconfidence. Adding to these emotional extremes are a number of crowd related trading biases. The crowd’s overemotional reactions and trading biases are often kicked in at the wrong time, when the market has temporarily reached a periodic high or low, and smarter, more sophisticated traders have learned to trade against the crowd much the same way that the market maker forex broker trades against their own clients. When the average uninformed trader is wrong more than 70% of the time, then it can be quite profitable to take the other side of his trades.

This article will briefly examine psychological makeup of market sentiment, and why the crowd is often wrong, and then illustrate some effective gauges of crowd trading activity, called market sentiment indicators, in order to trade in the opposite direction of the crowd with contrarian strategies.

Sentiment is the net amount of market player’s optimism or pessimism reflected in any asset or asset price at a particular time. It is the collection of emotion and bias in determining a price over or under the supposed “value,” and it is a subject of study by behavioral finance departments, which are interested in the ways that human bias affects prices, and it is a staple in technical analysis, having long held that prices are a combination of fact and emotion. When emotion becomes excessive and prices thereby deviate substantially from the norm, a price reversal is usually due, a reversion to the mean. It is thus important for the technical analyst to know when prices are reflecting emotional extremes.

Example of Overconfidence, Hope and Greed:

To best describe overconfidence, hope and greed are by referring to a real example, once said by one of a professional trader: “Let us look at the period between 2002-2008 for the EURUSD, which in the larger time horizon was a bull market of continuously rising prices for that currency pair. I remember when I had traded that period I had initially started out with what I thought was a well-balanced set of long and short trend strategies. But as my short strategies had tended to be stopped out, and my long strategies had tended to be profitable, I had become to be overconfident in the continual rise of the Euro against the Dollar, and began to drop my short strategies and add to my long strategies. I had become net long the Euro. I was joined by countless other market participants who felt the same way. We all believed that the EURUSD, as well as all currencies pitted against the dollar, could see higher highs, and for a while, our optimistic view of all most non-dollar currencies (or pessimistic view of the US dollar) did drive Euro prices higher, till they peaked at 1.60 in June of 2008. The EURUSD was not only the market that had peaked that year, as many other currency pairs, commodities, and stocks had also peaked. The upward mania had spread across the board to all financial assets, causing a bubble effect.”

The bubble effect is when emotional excess (in the form of overconfidence, hope and greed) leads to extraordinary rises in prices, whether in the stock market, gold, currency, or tulip bulbs. During a bubble the market prices are much higher than mean, or average, making newer and more irrational highs. The existence of bubbles is proof that prices are not always determined rationally and that emotion can get hold of the market and through positive feedback run prices far beyond any reasonable value before reversing. Although bubbles occur infrequently they occur considerably more than expected. Case in point was the last housing and commodity and currency bubble of 2002-2008, as described above. The bubble before that was the tech bubble of 1995-2000, when security prices in the technology sector had astronomical price-earnings ratios. There seemed to be hardly a breathing space between the two bubbles. Investors became blind to reality when greed and other psychological biases affected their decision making, and when the tech bubble blew up, it didn’t take them long to forget and fall into the same greed spiral that lead to the housing/commodity/currency bubble.

Example of Pessimism, Doubt and Fear.

When the bad news crept in from the banks about their toxic assets, traders became pessimistic and fearful and began to sell off Euro and move into the safer reserve currency of the US dollar. As this level of pessimism rises in the market, more traders sell, and the currency falls more. These falling prices then lead to more and more traders to be fearful and sell. Fear begets more fear, panic fuels more panic, with the currency falling by leaps and bounds in just a few short weeks. What took 6 years to rise up 60%, to 1.60, fell 30% in just 3 months, down to 1.25! This downward mania becomes known as a market crash or panic.

The market crash or panic is when emotional excess (in the form of pessimism, doubt and fear) leads to extraordinary falls in prices. They usually occur as a result of a bubble popping. During a market crash prices can fall fast, falling 30% over 3 days or 3 weeks or 3 months from a point that took over three years achieve. The market crash of July-Nov 2008 was the most recent case in point.

The emotional-psychological force behind a market bubble or crash is what is known as the sentiment.

Trading Against the Herd

The emotional extremes of fear and greed can lead the majority of investors (the crowd) to ramp up a bubble and then when it pops, to send the market down in a terrible crash. Crowd behavior and bias buttresses these emotional extremes in a number of ways:  people tend to conform to the opinion of the group as to the direction of the market, and they feel secure in accepting the opinions of others, especially “experts”.

Understanding the links between emotions, crowd behavior, and currency prices can help the technical analyst profit by spotting market extremes and trading contrary to the herd.

Note: the technical analysts must remember that they are subject to the same human biases as other investors and thus must be on guard against them. The worst enemy is the investor himself.

In the following pages will focus more on how to profit from trading against the crowd and emotional extremes. We will be asking, how can we identify market extremes via different measurements of sentiment, called sentiment indicators, in time to trade against these extremes?